In the cotton fields of Punjab, Baba, an ageing farmer tends to his crop and pins his hopes of prosperity on GM seeds and Western pesticides. His feckless son, Dhani, full of frustrated ambition, dreams of going to America. His more dutiful daughter, Chandni is torn between staying on the land she loves and facing poverty or following the man she adores to a more prosperous life abroad…

The final reckoning on Baba’s land draws out painful truths and forces the family to the brink of collapse in a fast-changing world rapidly losing its values.

This beautifully written and moving new play tells of the disastrous environmental damage and the devastating effect on real human lives triggered when the forces of nature, tradition and globalisation collide. This topical and timely work explores the human reality of a major global issue that will ultimately affect us all. 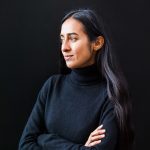 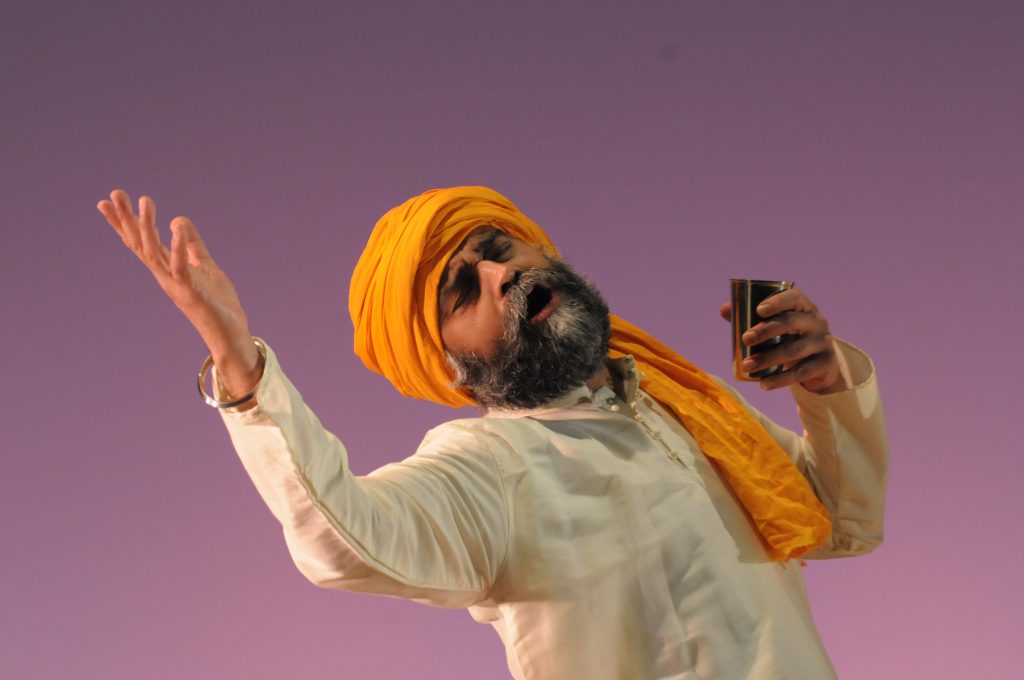 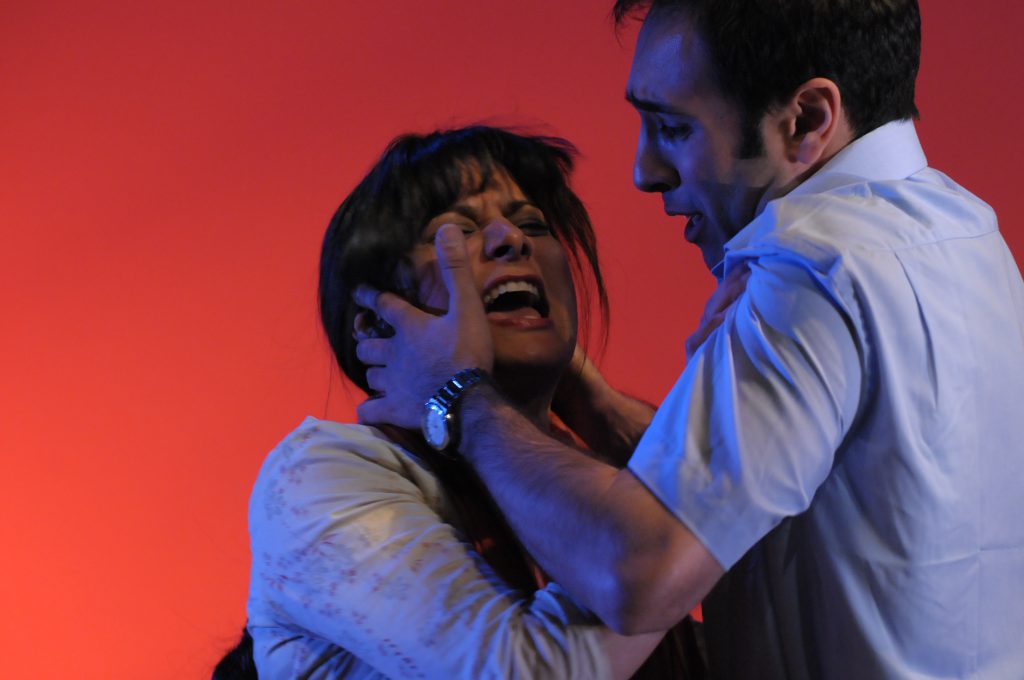 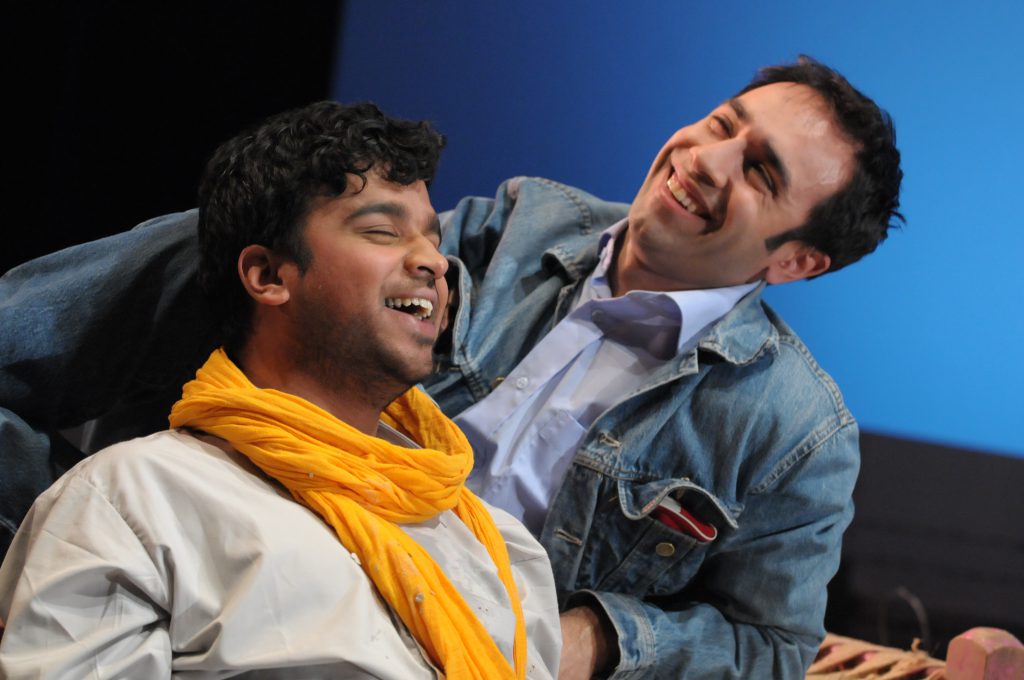 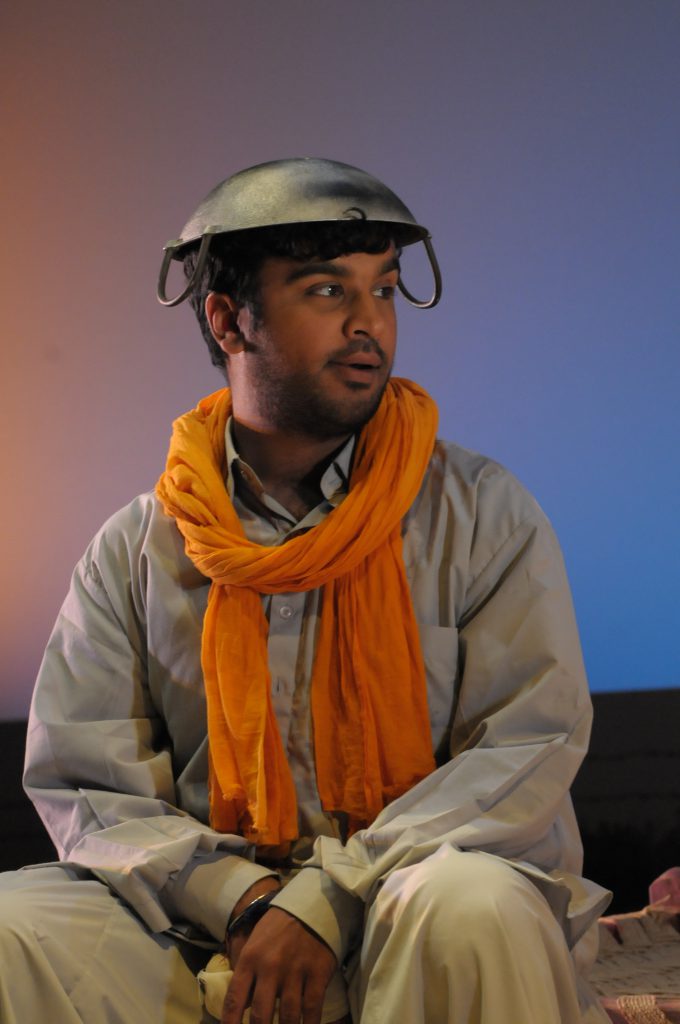 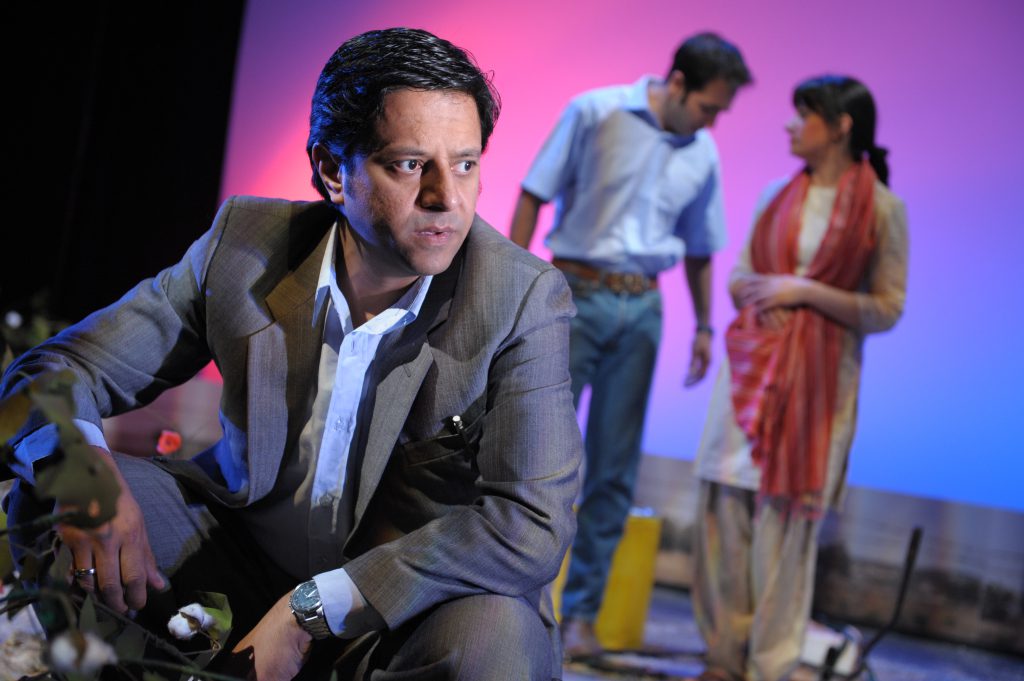 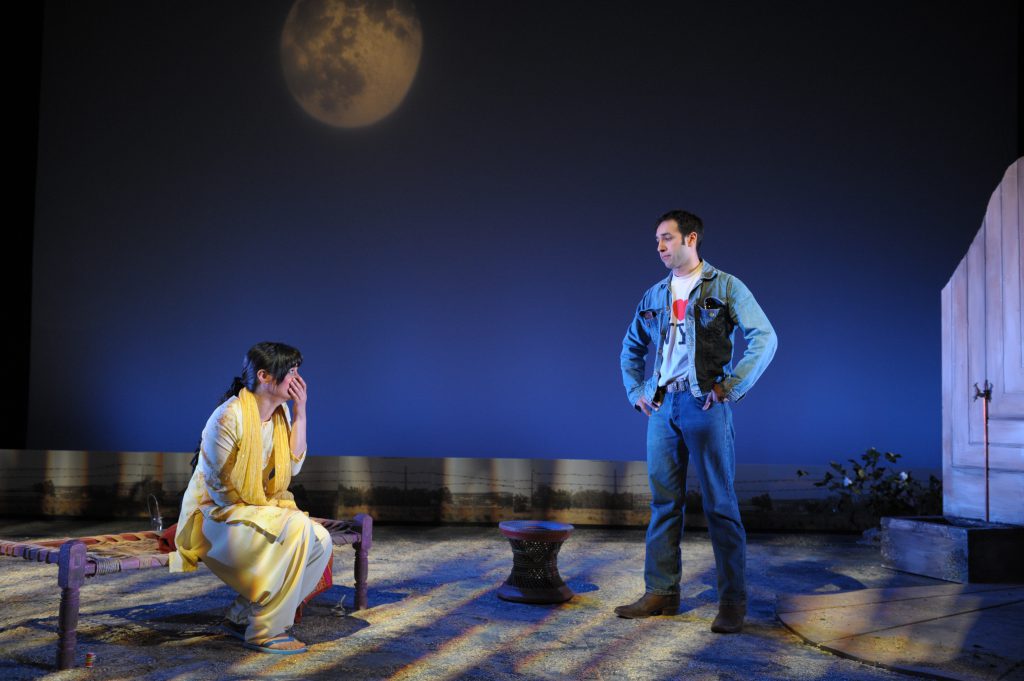 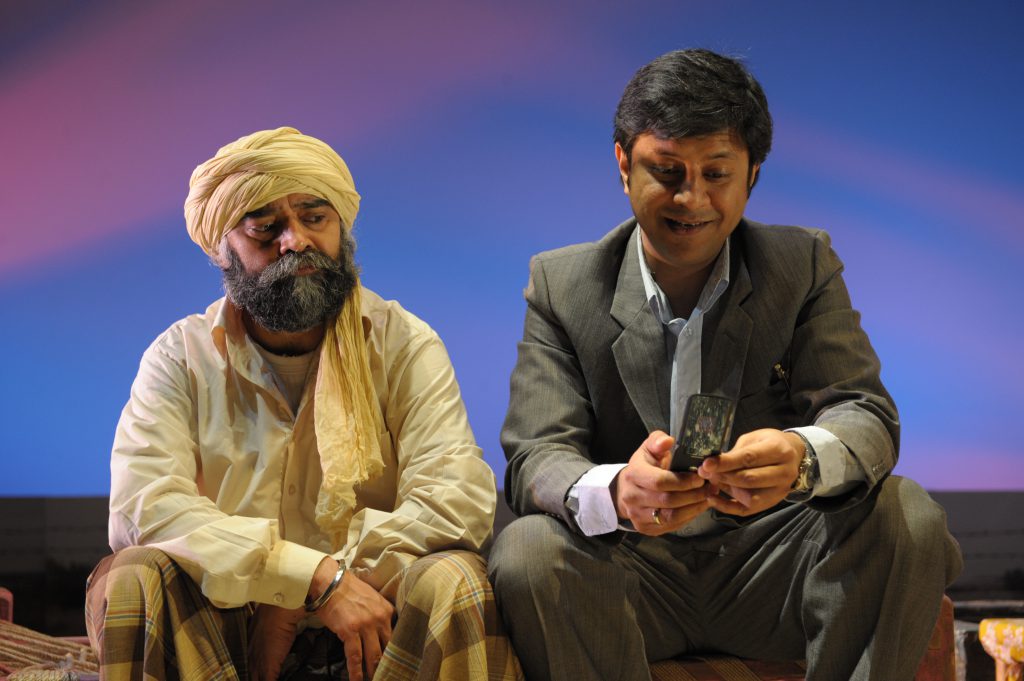 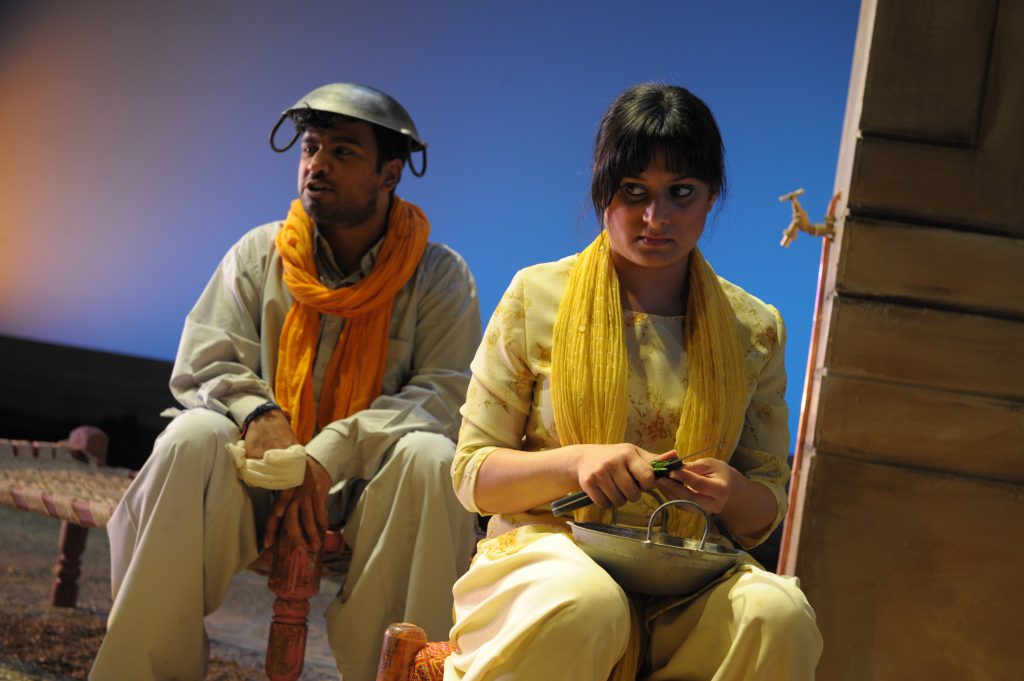 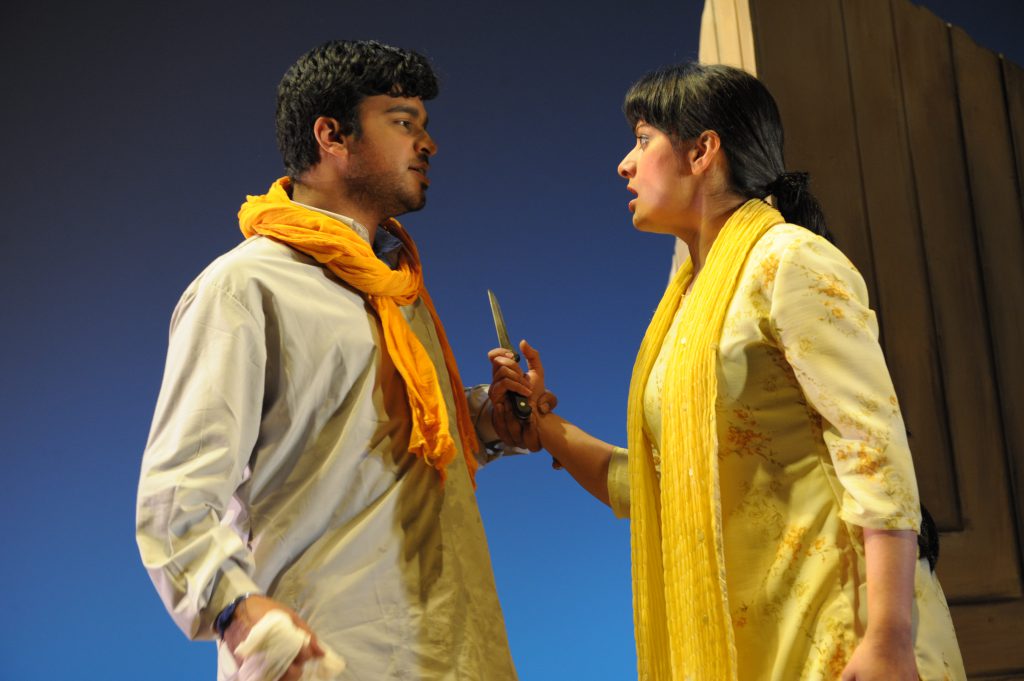 After developing Zameen in the UK over the past 2 years, I finally journeyed to the real-life setting of my play in May. Travelling across the cotton belt of Sangrur, Moga and Bathinda in the Malwa region of Punjab, India, I visited dusty, time-warped villages where even as camels ploughed, charkhas were being spun and handlooms woven, the ‘outside’ was pushing in – via satellite TV, mobile phones and the growing desire to do a ‘number 2’ – take an illegal route abroad. In Malwa, everyone I spoke to, including beleaguered cotton farmers and their families, desperately wanted to escape the crushing cycle of spiralling agricultural costs, poverty and debt that has already driven thousands of Indian farmers to suicide.

Since the early 1990s, Maharashtra, Karnataka, Andhra Pradesh and Punjab have become the killing fields of a rampant globalisation. In haggard Mother India’s haste for a global superpower makeover, an economics of genocide courts incoming multinationals, agro-chemical companies and unfair global trade laws that are destroying the small-scale farmer, land and environment. It’s a story of struggle unfolding in other quiet corners of Asia, Africa and South America, but at an inexorable pace.

Zameen seeks to capture an insular but rapidly changing world, where winds of globalisation are sweeping in. The characters and stories of Zameen might seem like a world away but really, they’re much closer than we think. From the food we eat to the clothes we wear to the lifestyle and consumer choices we make, to the values we choose to live by, their fate and destinies are tied to our own.

The Chauhan tribe is said to originate from a mythological fire atop Mount Abu in India. Somehow, my branch of the tribe made it down the mountainside, via the lush green fields of Punjab, all the way to Southall where I grew up, the first member of my family born in Britain. When I heard about the tragic real-life experiences of farmers in the Punjab, it was an issue that affected me deeply. I wanted to write a play about the farmers, my ancestral land and about the environmental issues that threaten this once rich region (‘a land of milk and honey’) and the world beyond. Zameen reveals a microcosmic world where the forces of fate and destiny that once shaped village lives have been replaced by the rich and powerful gods of economic globalisation. Ultimately, it’s a play about the erosion of nature, people and a way of life in the name of progress…

a searing critique of the devastating impact of the market on the lives of Indian cotton farmers.