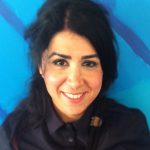 Nushin Arbabzadah was born in Afghanistan and educated in Kabul under the Soviet occupation. As a teenager she fled state persecution and the war in Afghanistan together with her family, becoming a refugee in Germany. Pursuing her deep and enthusiastic love of culture, she later earned a first class master’s degree in literature and linguistics from Hamburg University. She subsequently studied Middle Eastern history at Cambridge University as a William H. Gates Scholar. An author, translator and editor of several books, Nushin’s latest book is Afghan Rumor Bazaar: Secret Sub-Cultures, Hidden Worlds and the Everyday Life of the Absurd.