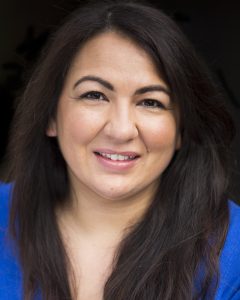 Miriam was a member of  Kali’s TalkBack Program in 2016. Since then she has written several short plays and monologues, including Surprise! which was performed at the Stick Man Club and Hair which premiered at The Arts Theatre,Leicester Square as part of Female Edit:100. Hair has also recently been recorded as an audio drama by Ragged Foils Productions.