Alia was born in Birmingham, she read English at the University of London and is a qualified teacher. She lives in London.  Alia won the Charles Wintour Award in 2009 for Most Promising Playwright at the Evening Standard Awards for her play Shades, which ran at the Royal Court that year, directed by Nina Raine. She also won the Critics’ Circle Theatre Award 2009 for Most Promising Playwright. Her play Hens was commissioned by SkyArts for Sandi Toksvig’s Theatre: Live! season and transmitted live on SkyArts2 in June 2010, directed by Peter Gill at the Riverside Studios.

Her play Gap got a 4 * review which was a part of the National Theatre Connections Programme.
Alia has recently written a play Forest for the Birmingham Rep and is currently working with Pulse Productions to develop an original series as well as writing an episode of Jamillah and Aladdin for Kindle Entertainment. 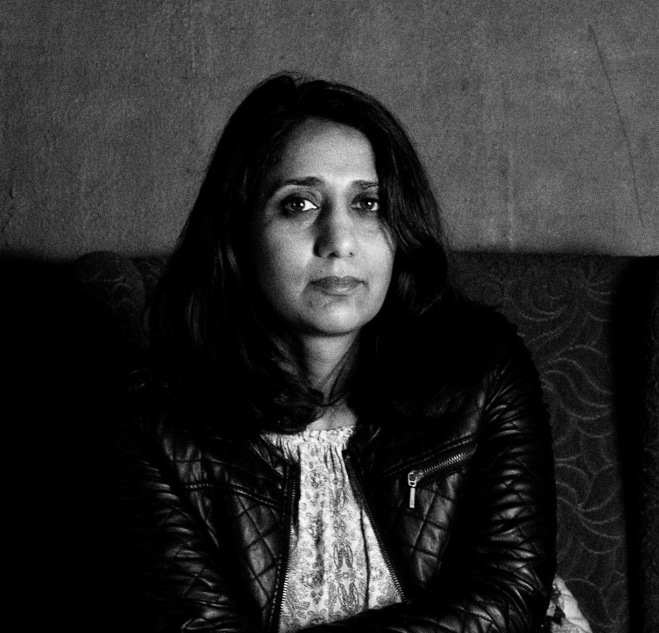 Emteaz is a playwright and performance poet.  Her acclaimed first play, Sweet Cider, was produced by Tamasha Theatre Company at the Arcola Theatre in 2008 and was published in 2013 in the anthology Plays for Today by Women by Aurora Metro Books.  Blood, her second full-length play for Tamasha, toured nationally in March 2015 to widespread critical acclaim; dates included Belgrade Theatre, Birmingham Rep, Nottingham Playhouse and Soho Theatre London. In 2014, she was commissioned by Clean Break under their Writers On Attachment scheme.  In 2015, she wrote Outsiders for Pilot Theatre as part of an EC Culture project called Boomerang; the production went on national tour.  In their 4 star review, LondonTheatre1 said “This is a beautiful and very welcome hour of theatre.”  Also, she took part in the IWrite feature film scheme run by Creative England.  In 2016 she wrote The Break, a monologue for BBC Writersroom scheme which was broadcast on BBC3 Online.

In 2017 she story lined for the social media account on series 1 of the channel 4 new drama Ackley Bridge.  She is currently under commission to the Royal Court Theatre for a play about the Rotherham child sexual exploitation scandal, titled Trace – and is on the BBC New Talent Hotlist 2017.

As a performance poet she has performed nationally and internationally and has toured with Transglobal Underground, Fundamental, Hustlers HC and as a backing poet with the Benjamin Zephaniah band. Emteaz works extensively as a workshop practitioner in both statutory and community settings, specialising in pupil referral units. 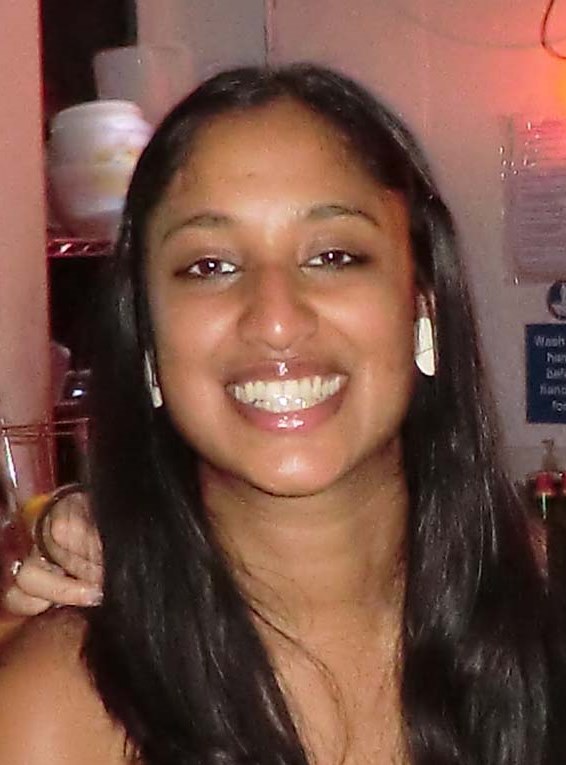 Atiha’s first play What Fatima Did was produced on Hampstead Theatre’s main stage when she was 21 for which she was shortlisted for the Evening Standard’s Most Promising Playwright Award 2010. Concurrently she was also a member of the writing team for E4’s Skins and co-wrote episode 6 of series 3.

Atiha’s second play State Red was produced at Hampstead Downstairs in 2014. The following year her play Counting Stars showed at the Edinburgh Fringe and was shortlisted for Amnesty International’s Freedom of Expression Award 2015. Counting Stars then transferred to Theatre Royal Stratford East and played on its main stage in 2016. In the same year, she co-wrote an episode of Holby City. 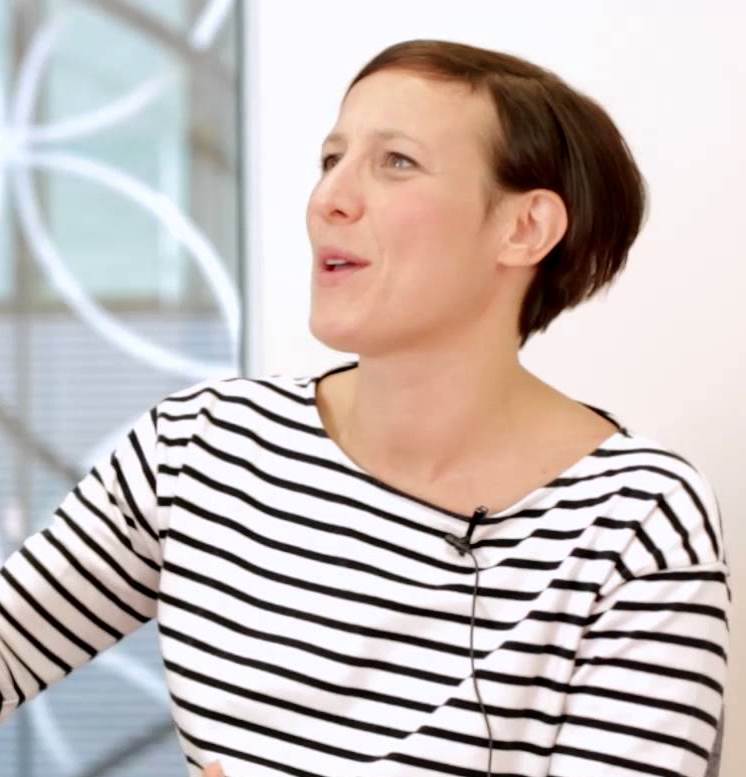 Tessa is currently an Associate Director at Birmingham Repertory Theatre where amongst others she has directed 101 Dalmatians by Debbie Issit, The Whip Hand by Douglas Maxwell, Looking for John by Tony Timberlake, Folk by Tom Wells, The Quiet House by Gareth Farr, The Lion, the Witch and the Wardrobe adapt, by Adrian Nobel, A Christmas Carol adapt. by Bryony Lavery, Circles by Rachel De-Lahay and Back Down by Steven Camden.

She has also been the Literary Director at Paines Plough and a Literary Associate at the National Theatre of Scotland. 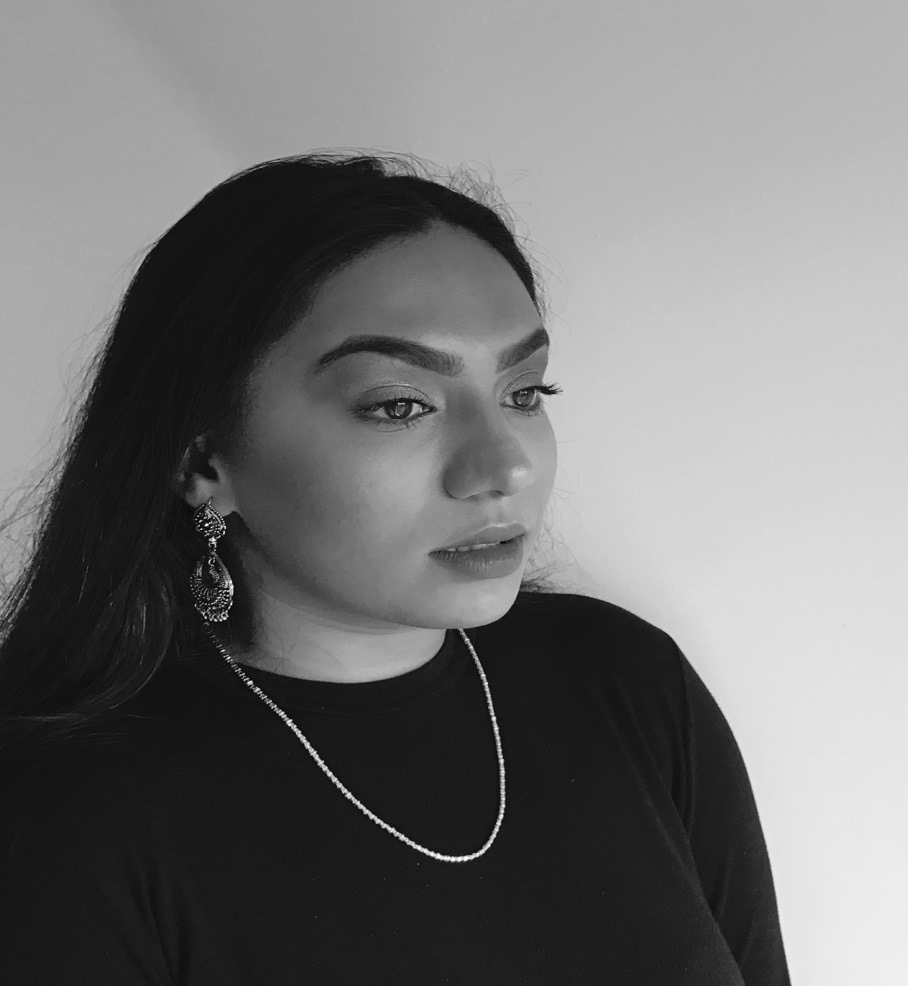 Balisha Karra graduated from University of Birmingham in Drama and Theatre Arts in 2016. She has since worked as a resident director on Birmingham Repertory Theatre’s Foundry. Her passion resides in reflecting stories on stage which are commonly not shared. From the communities surrounding her, Balisha is passionate about developing new writing which may tell stories that might help make theatre just a little bit more accessible. She is working on Tamasha’s Scratch Night for new writing and working with Derby Theatre’s project Besharam. Balisha is excited to work with Kali to continue supporting BAME voices 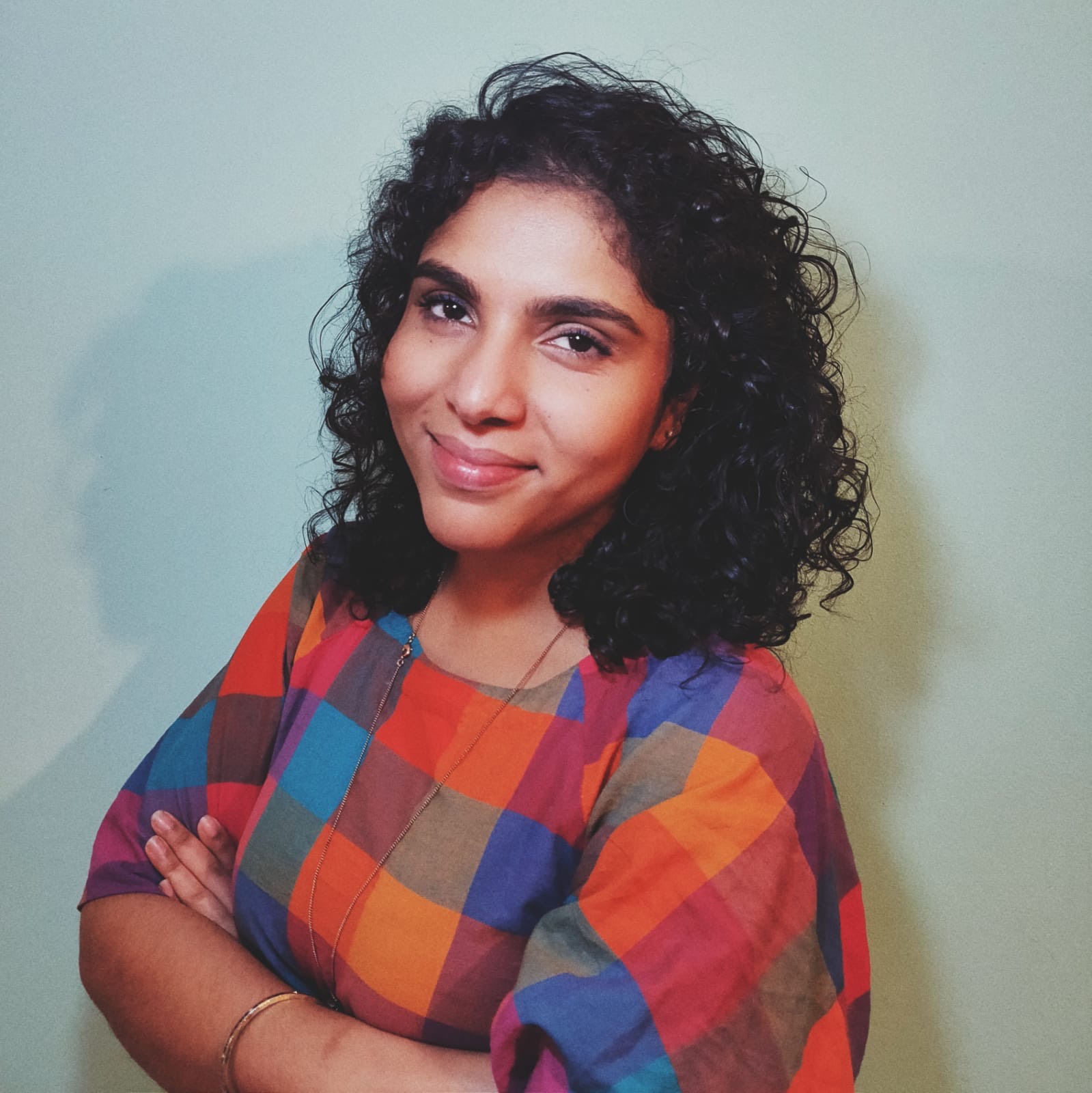 Natasha is an International Director, sharing her home and credits in both the UK and India. She founded her own youth theatre company Ingenium Dramatics in her hometown in India aged 17. She has since founded her production company “Namashkar” in London, with which she endeavours to work with emerging actors to provide a platform for their debut performances. She is also a workshop leader and facilitator for The Creative Learning Program at The Park Theatre.

As a director in London her theatre credits include: Om Shanti F*ck, The Infinite Line between Dating & Dying, Symbiosis (Namashkar Theatre); Voices of the Movement (Park Theatre) and Mummy Dearest (Tabard).

As a director in India her theatre credits include: The Crucible, Les Miserables, Alexander Rising of The Great, Checkmate (Ravindra Bharathi).

As assistant director her theatre credits include: The Woods (Royal Court), The House of in Between (Theatre Royal Stratford East). 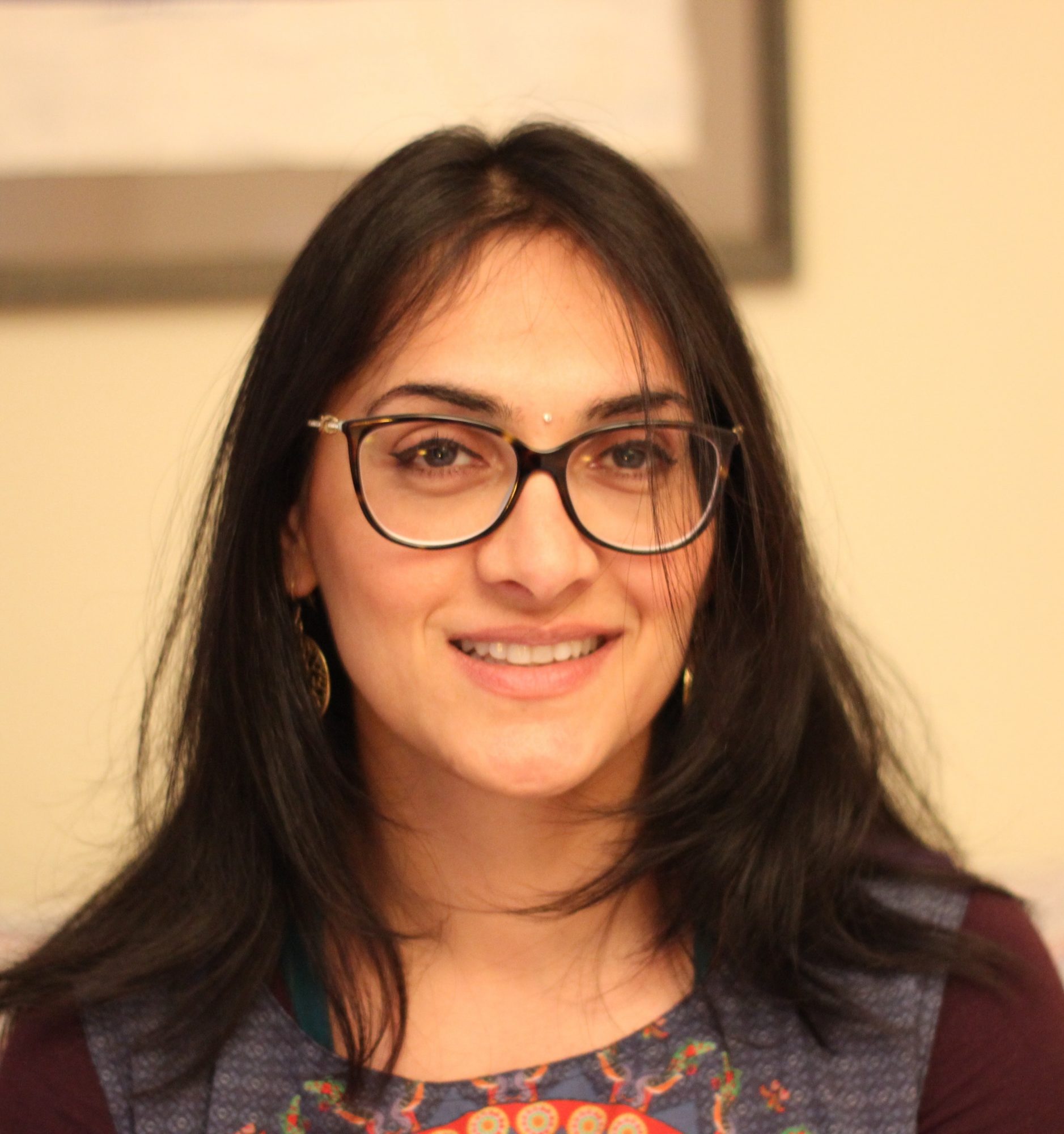 Trina is Artistic Director of Leicester based, Mashi Theatre.
Trina has journeyed through the education departments of Nottingham Playhouse, Curve Theatre and was a participant with the National Theatre’s Step Change programme, The Optimist (China Plate) and Clore Leadership Programme. Trina has spoken on panels with Lyn Gardner as part of the Guardians “Our Nations Theatre” conversations, with Z Arts, Manchester and with the Theatre for Young Audiences consortium. As a director, she has developed a wealth of experience working in regional, national and international theatres. Her directing credits include productions at Curve Theatre, Nottingham Playhouse, Tara Arts, Soho Theatre and recently Prithvi Theatre, Mumbai, India.

Mashi’s Tales of Birbal toured nationally in 2017.  Mashi Theatre reawaken stories steeped in culture and hand them down to new generations. A Mashi is a keeper of stories and teller of tales. The company creates work that is playful, challenging, universal & inquisitive; bringing people together through the telling of stories that transcend time and offer fresh perspectives.

Trina is on the board of Theatre-Rites an award-winning company and leader in the creation of experimental theatre for children.
www.mash-theatre.co.uk 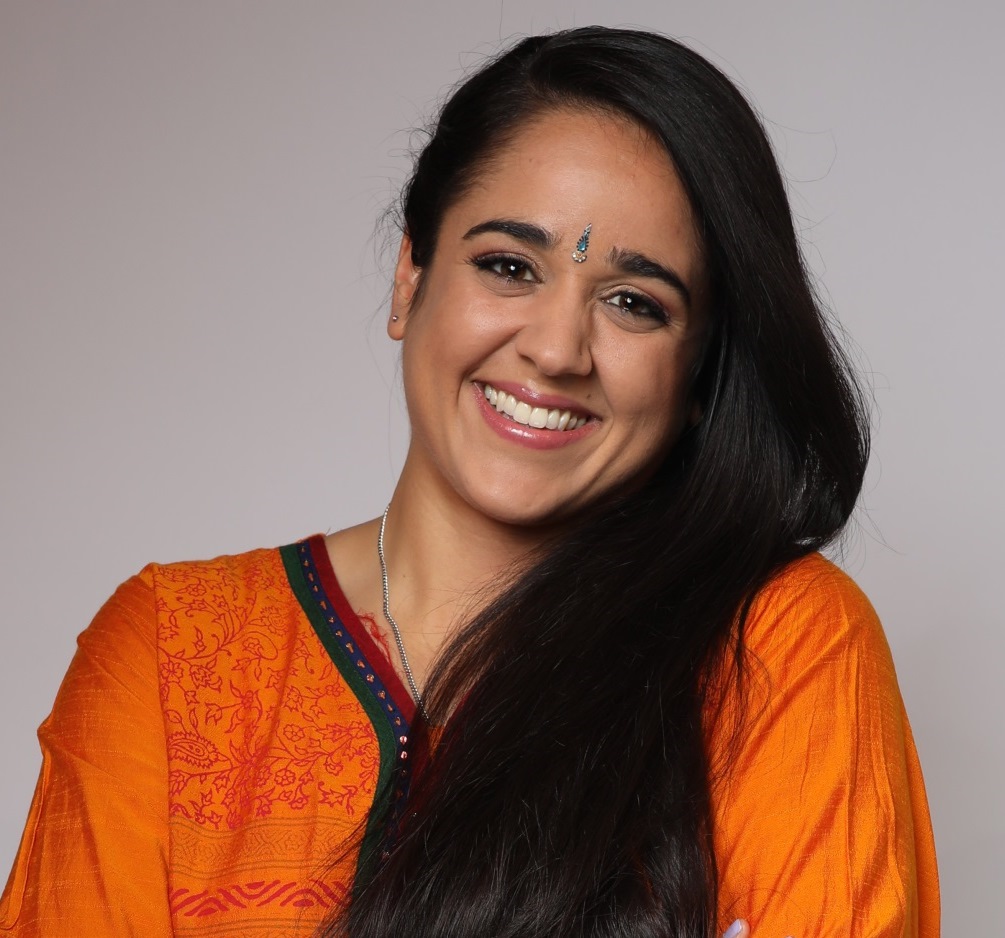