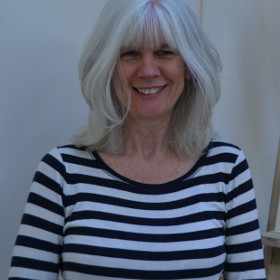 Rosamunde has led or co-led three major companies, Hijinx Theatre 1990-1993; Theatre Centre, Director, 1993 -2007; Unicorn, Associate Artistic Director, 2007-2011. Recent directing credits include Love, Bombs and Apples by Hassan Abdulrazzak, (AIK Productions/Turtle Key Arts, Arcola, UK tour, Edinburgh Festival, Golden Thread Productions, San Francisco); This Evil Thing by Michael Mears (Edinburgh Festival 2016, UK tour 2017); New Nigerians by Oladipo Agboluaje (Arcola Revolution season 2017) and Jumping on My Shadow by Peter Rumney, (Dragon Breath Theatre 2017). Since 2012 Rosamunde has worked as a director and producer in India, Romania, Japan and Bangladesh. She has recently taken up the role of Artistic Director of Pursued by a Bear. We caught up with Rosamunde on what attracted her to direct Lhasa. . .

When you first read the script what was your reaction?

I found the play so funny, so original, with a lovely breathless energy, full of zest and vigour, but moving too, and touching deep places re occupation, resistance, dislocation and fear. There is a lovely dramatic push throughout. The stakes are high. And there are juicy characters to get our teeth into.

The play deals with some challenging issues, how does that affect the way in which you direct?

I have been delving into the complex Tibetan political context, it’s fascinating culture and unique traditions before rehearsals start. So much to grasp but I will try to enable the cast to tell that story with clarity and passion through Bettina’s powerful text.

Who is your favourite character in the play?

I think each character is rich and multi-faceted but do love the notion of the monk who is crazy about football and will do anything to watch Real Madrid play Barcelona!

What do you want to communicate to the audience through the performance?

The breadth and depth of Bettina’s vision. I hope the audience will glimpse the bold theatricality and the extraordinary old Tibetan house that seems to exist as a character in its own right. The play seems full of shadows, one minute spiritual, the next slapstick.

Did you know about the Tibetan issue before your involvement with the play?

Only in a very general way. I am shocked that it is still prohibited to own a picture of the Dalai Lama.

The WAR plays have been written and directed by women, how do you feel about this?

I think it crucial to examine war from a female perspective. On the whole it is men who make war and the impact on women and children is unspeakable. I like that our main character Ama is in effect a female warrior.

The WAR plays season is linked to the 70 year anniversary of the Universal Declaration of Human Rights . . .any reflections?

This is a brilliant concept, to reflect on war and human rights in 2018 when we are constantly faced with the devastating impact of the war on Syria, which after all started as a peaceful protest against the country’s President.